Itinerario is proposed as a contingent project, a proposal that -in words of the philosopher Pisco Lira- is awake to what is happening, alive and healthy, also attentive to the visual poetics that are at play. The blue structure, like the indigo used in traditional Cordovan patios, was built collectively and installed in different locations.

The first location, and the main reason of the project, was the 80m of San Juan de Palomares street, which connects the Jardín de los Poetas with the popular neighborhood of San Lorenzo. Here, its objective was to occupy the entire space, inviting pedestrians to enter in order to continue on their way. Once inside the structure, which only had entrances at its opposite ends, made it necessary to follow a itinerary, perhaps different from the one planned. A curved and striated space, characterized by the light that passes through the membrane and that amplifies the characteristics of the street: the sunlight, the different widths that made the membrane change its elevation, the texture and elements of the facades (doors, trellises, windows, baseboards, etc.). Paradoxically, the structure revealed, through a drastic change, the qualities of the space it enveloped.

The second location, in the Jardín de los Poetas, near the Almoravid wall of Marrubial (11th century), served to explore the qualities of the membrane to capture the beautiful variations of light between the branches of the orange trees. In this case the route was not uncertain. The tunnel, under the trees, functioned as a playful device: an activator of the surrounding public space that celebrated the event.

> Project curated by AMASCE and carried out at Espacio Plástico on the occasion of the conference "The aesthetic occupation". Aerial photographs by Luis Muñoz Fotografía. 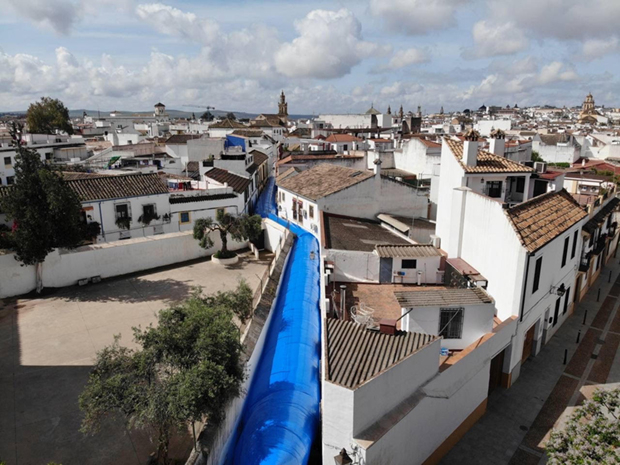 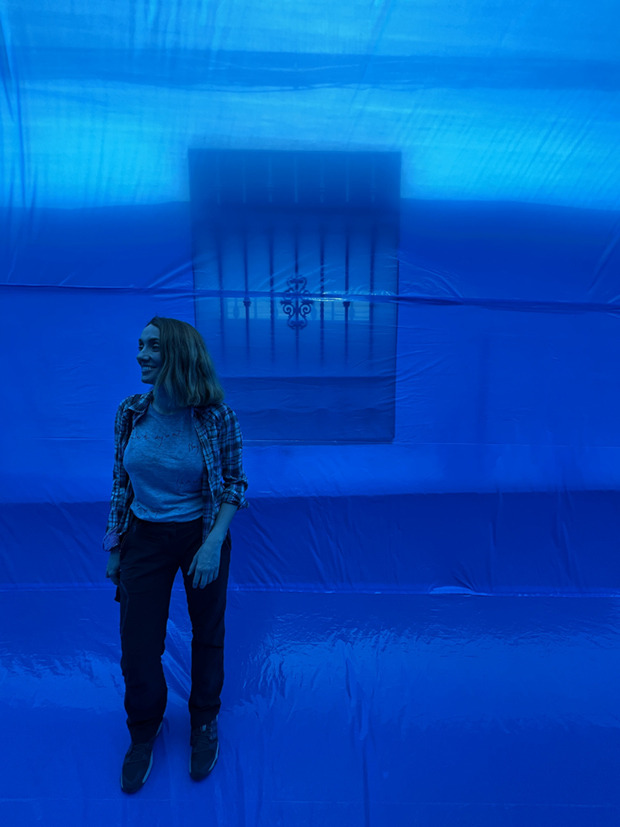 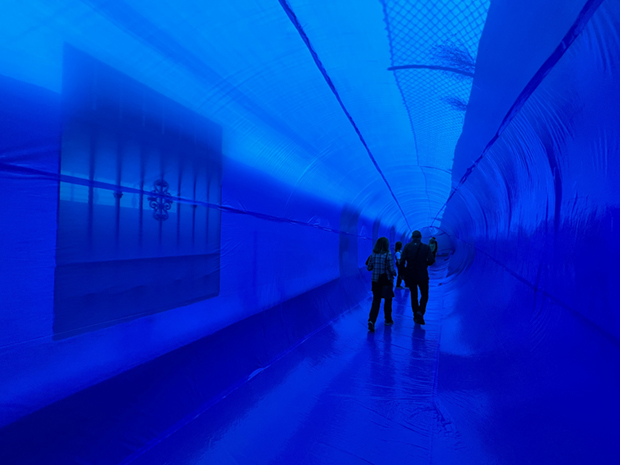 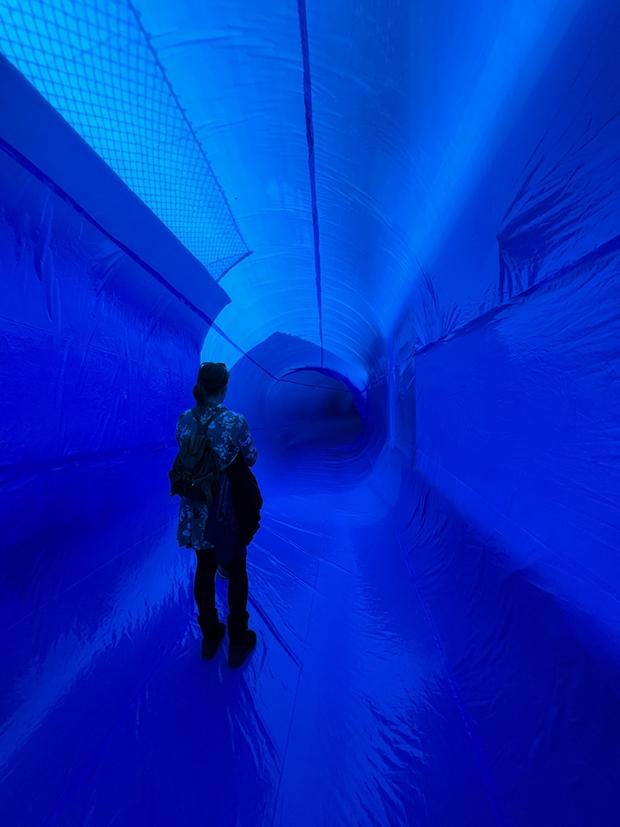